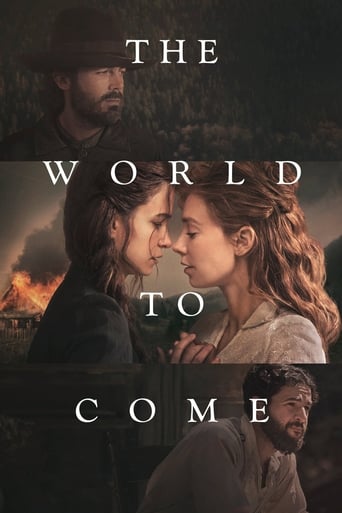 Somewhere along the mid-19th century American East Coast frontier, two neighboring couples battle hardship and isolation, witnessed by a splendid yet testing landscape, challenging them both physically and psychologically.

The World to Come 2021 DVD Cover. Two women who forgAbigail starts a new year on the small farm where she and her husband Dyer work in upstate New York in the 1850s.

We see the stark difference between Abigail’s calculated, stoic demeanor and her unraveling complex feelings as she explores the coming year through her journal entries.

Abigail encounters Tallie, an emotionally open and arrestingly attractive immigrant who rents a neighboring farm with her husband, Finney, in the spring.

The two form a preliminary friendship, which fills a hole in their lives that none of them realized existed.e a close connection despite their isolation in the mid-19th-century American frontier.