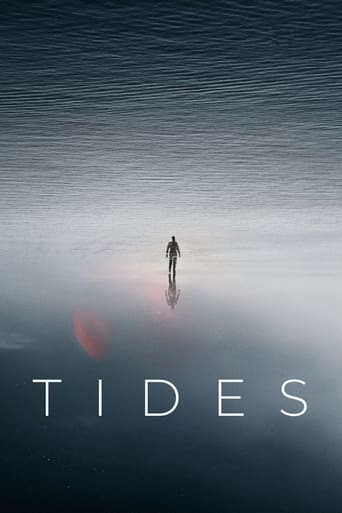 Tides 2021 DVD Cover. After a worldwide disaster has killed off virtually all of mankind on Earth, an elite astronaut from Space Colony Kepler must make a decision that will determine the fate of the people on both worlds in the not-too-distant future.

The governing elite colonized the planet Kepler 209 when Earth became unsuitable for humans, but its atmosphere rendered the new residents barren.

Two generations later, a program is being developed to see if life on Earth may be restored: Ulysses II’s mission is to deliver assurance.

When the space capsule reaches the Earth’s atmosphere, it loses control. The only one to survive the landing is astronaut Blake (NORA ARNEZEDER), but she must understand that she is not alone on Earth.

Blake must make decisions that will affect the fate of all mankind as a battle for survival starts.