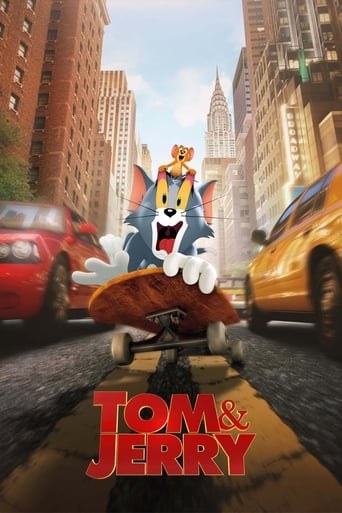 Tom and Jerry 2021 DVD Cover. One of the most cherished rivalries in history is resurrected when Jerry travels to the finest hotel in New York City on the eve of the “wedding of the century,” prompting the desperate planner of the event to recruit Tom to get rid of him, in “Tom & Jerry” by director Tim Story.

The resulting battle of cat and mouse threatens to ruin her future, the wedding and even the hotel itself. But soon, there is a much bigger problem: a diabolically manipulative employee plotting against the three of them.

Tom and Jerry’s latest big-screen adventure, an eye-popping combination of retro animation and live action, gains new territory for the beloved characters and pushes them to do the impossible… to work together to save the day.

The film is produced by Chris DeFaria (“The LEGO Movie 2,” “Ready Player One,” “Gravity”) and directed by Tim Story (“Fantastic Four,” “Think Like a Guy,” “Barbershop”).

Based on characters created by William Hanna and Joseph Barbera, it is written by Kevin Costello.

The film is rated PG for cartoon violence, rude humor and brief language.