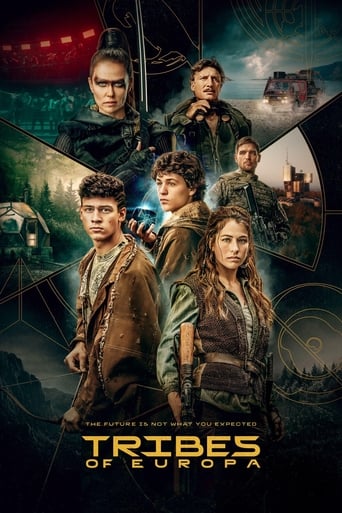 Tribes of Europa Season 1 DVD Cover. When Tribes of Europa starts in 2074, it has been 45 years after the incident known as “Black December,” when a major electronic outage occurred, rendering all infrastructure inoperable, including computers, the internet, and automobiles.

Since then, Europe has disintegrated into factions, with the first season focusing on members of the Origines tribe who are wiped out when an Atlantian crashes near their territory.

What is the explanation for this? Since Atlantians, and especially their technologies, are the only species to have survived “Black December,” everything about them is important.

As a result of their defense and association with the Atlantian, the Origines are overrun by the Crows tribe. After The Crows wipe out their village and force them on very different journeys, three children from the Origines tribe, Liv, Elja, and Kiano, struggle to reunite with their siblings and father.

There will be a Tribes of Europa Season 2?

We have a clear idea of which Netflix original movies will be released this year, but TV shows are also up in the air. In terms of Tribes of Europa Season 2, we’re also keeping our fingers crossed for a season 2 renewal.

There’s no news yet, but the series was only released in February on the web. It’s been just a month. Though we wish our beloved shows will get the greenlight earlier, this is not always the case. We’re anticipating a Spring 2021 revival for this science fiction thriller.

If it happens, the best bet for a Tribes of Europa Season 2 premiere in 2022. We understand that this is not what viewers of the show want to hear, but it does give you something to look forward to next year if the show is renewed.