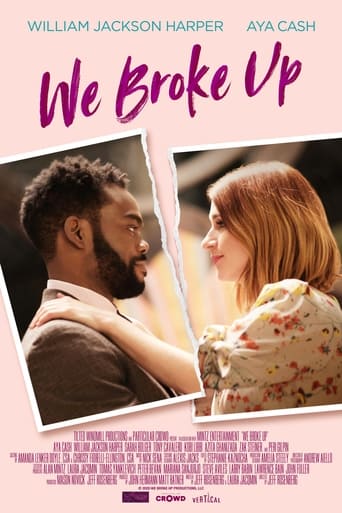 We Broke Up 2021 DVD Cover. Lori and Doug break up right before Lori’s sister’s wedding and decide to pretend they’re still together for the weekend as to not disrupt the fun.

Breakups are never straightforward, but breaking up right before a sibling’s wedding is especially difficult. In Jeff Rosenberg’s romantic dramedy “We Broke Up,” the couple finds themselves in this predicament.

Do they make their big sad news public prior to the wedding? Or are they pretending to be together so as not to draw attention away from the couple that is getting married?

The action volleys from one hand to the other as Doug (William Jackson Harper) and Lori (Aya Cash) try to find out whether the next course of action is for them, or even whether they’re over at all.