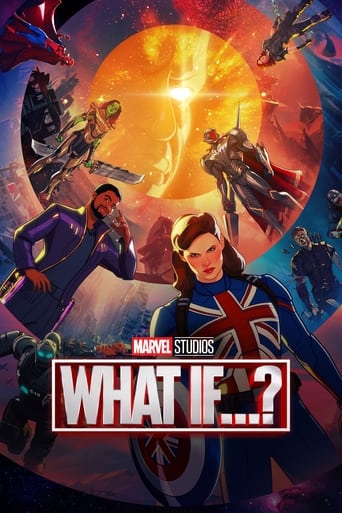 What If…? Season 1 DVD Cover – Summary

What If…? Season 1 DVD Cover. Taking inspiration from the comic books of the same name, each episode explores a pivotal moment from the Marvel Cinematic Universe and turns it on its head, leading the audience into uncharted territory.

What if Peggy Carter (Hayley Atwell) was the first Super Soldier instead of Steve Rogers? What If…?, the Marvel Cinematic Universe’s first animated series, is based on that creative brainstorming activity. The anthology features Chadwick Boseman, who was able to reprise T’Challa via voice work before his death and reimagines multiple significant events from the films in game-changing ways.