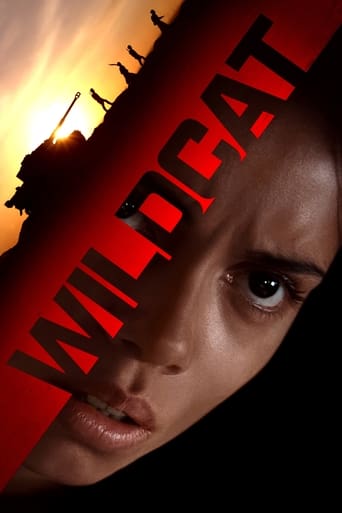 Wildcat 2021 DVD Cover. An ambitious reporter stationed in the Middle East who is taken captive after her convoy is ambushed. She is confronted by the trauma of her past and must find a way to bring down the militants who incarcerated her.

An enterprising journalist (Georgina Campbell) is abducted by a rebel group in the Middle East while on assignment.

They’ll go to some lengths to learn her real identity if they are convinced she is concealing it.

The situation is deteriorating, and she must take immediate action to change it.

It was both written and directed by Jonathan W. Stokes wrote and produced the project, which has a ‘R’ rating.

Campbell is best known for her appearances in Black Mirror and Murdered by My Boyfriend in love.

Meanwhile, Luke Benward has been a prominent actor in a number of feature films, including Dumplin’ and several Disney productions in the 2000s and 2010s, including How to Eat Fried Worms

Saban Films, an affiliate of Saban Capital Group (“SCG”), is a film acquisition and distribution company which acquires high-quality, feature films to distribute in North America.

Focusing on commercial, talent driven films, the company looks at projects in all stages of production for release across multiple platforms, including a day and date theatrical/VOD release strategy.