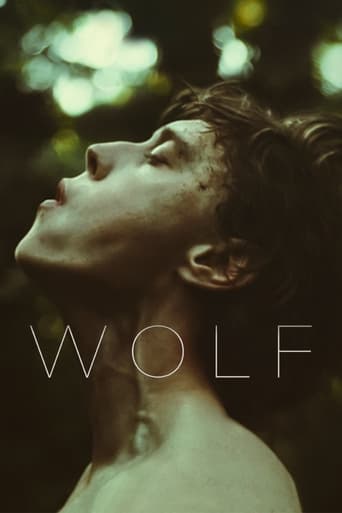 Wolf 2021 DVD Cover. Jacob, a man who believes he is a wolf trapped in a human body, is sent to a clinic by his family where he is forced to undergo increasingly extreme forms of “curative” therapies at the hands of The Zookeeper. Jacob’s only solace is the enigmatic wildcat with whom he roams the hospital in the dead of night. The two form an improbable friendship that develops into infatuation.

A boy named Jacob who suffers from species dysphoria, believing he is a wolf, is committed to a mental asylum following an attack on his brother. There he meets and befriends the other patients, who also believe themselves to be animals.

He forms a close bond with an enigmatic patient known only as “Wildcat”. Together they roam the hallways at night. After witnessing the brutal methods of treatment performed by the head of the asylum, the Zookeeper, Jacob becomes frustrated and attacks. What will happen now with Jacob?